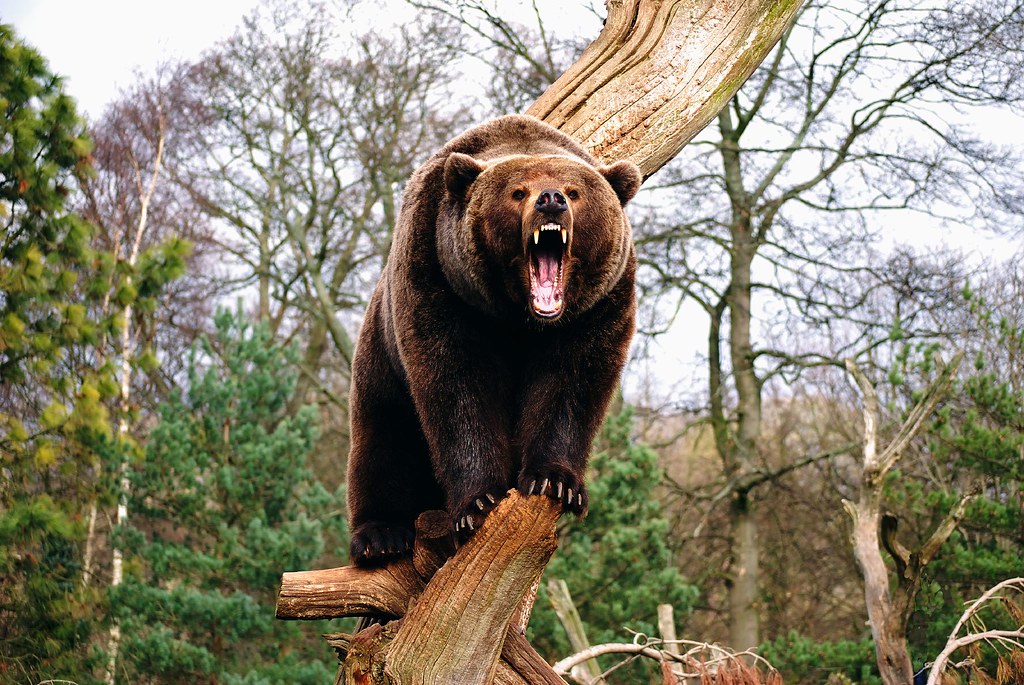 The “Running From the Bear” Book Opening

Of the few writer’s conferences I’ve been to, there’s a coveted event that writers love: “The First Page Gong Show!” There’s a few variations of this event, but it usually goes something like this: A panel of literary agents reads your first page aloud. The agents will raise their hand when they get to the point where they would have rejected the manuscript.

It’s a valuable experience, even if you don’t get your stuff read.

The Greater Los Angeles Writer’s Conference has this.
So does Chuck Sambuchino’s Writer’s Workshops.
Just don’t be an ass and submit more than one entry.

One submission trend the agents stopped and talked about at Sambuchino’s Writer’s Workshop was the “Running From the Bear” book opening. Usually it’s an “in media res” opening. Crazy action is happening. People might be dying all around our protagonist. Maybe the protagonist is dying and the whole story will flash back to lead us up to this point.

But there’s one issue. Why do we care?

At this point, we don’t know our protagonist. We don’t know why all this crazy stuff is happening, and we don’t even know the stakes (beyond possibly characters getting killed). The agents who gave their feedback almost unanimously hated this kind of opening for this reason. That and it’s very overdone.

I’m gonna shill for Daniel Arenson’s Soldiers of Earthrise for a moment because I find the opening so effective. I’ve said before why I love that book’s opening despite that it’s very low-action.

The main character Jon’s brother has been killed in action. They’re at a funeral. And the main character has just gotten his draft notice. You get all that pretty much in the first paragraph.

How ’bout an encore of Tom Edwards’s Soldiers of Earthrise artwork?

Jon and his two best friends go home and go down memory lane, playing music they created with their lost brother. This all goes down by the middle of chapter 1. You get to know the characters and see who they are. You get a real sense of loss without having even met the brother. You also get a real sense of danger that Jon is about to be thrust into.

Books are not movies. Nobody cares if you open it with an epic battle to save the world. I believe it’s way more powerful to open them with good information (and maybe a little drama) versus balls-to-the-wall action. The sooner your audience is invested in your characters, the less likely they’ll give up on your book.

Philosphy / Writing
Previous Post
Why Breaking My Foot Was One of the Best Things to Happen to Me: Part 1
Next Post
Review: Soldiers of Earthrise Book 1- The Earthling