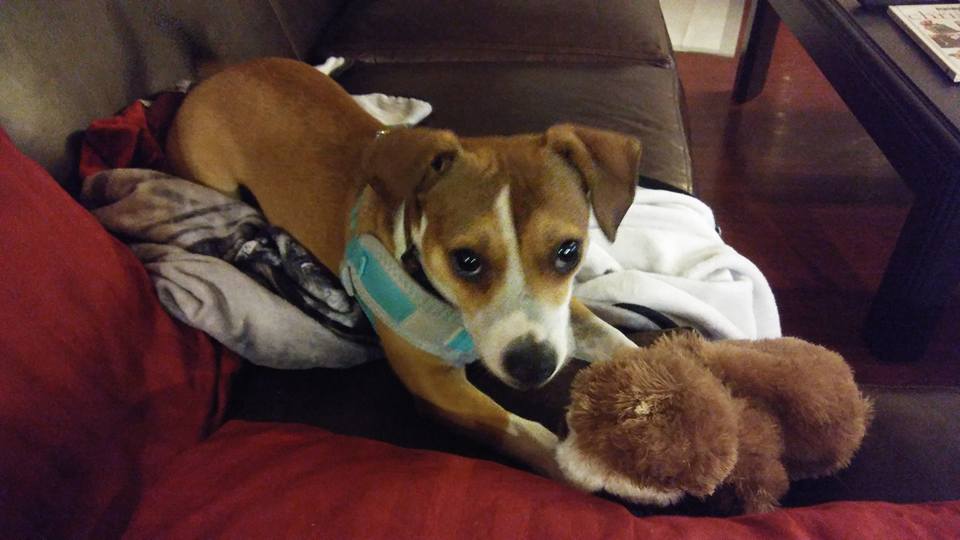 Have you ever watched or read “A Dog’s Purpose”? It’s such a sad, yet heartwarming movie. You KNOW the dog’s spirit is immortal and will keep coming back, but every time he dies, it’s still tragic, because you’re feeling the loss the owner feels. It sucks losing a dog. In Part 1, I wrote about my childhood dog, Belle who my dad brought home in 1993 and passed away in 2010.

Anyway, spoiler alert: The little boy who lost his dog in the beginning ends up getting his pup back. The dog gets reincarnated several times and gets abused in his latest life before finding his owner again. I sure hope that kind of miracle is true because I feel like it’s happened to me. 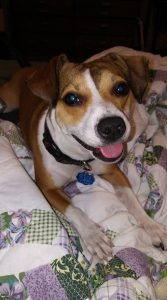 After meeting my wife in 2011, she always wanted to get pets of our own, but I was dead-set against it. In 2017, her job moved her to grave shift and we didn’t see much of each other. It seemed like the right time to adopt a pet, so we looked up some local animal shelters and rescues. We adopted Leo from Second Chance in Las Vegas. He was such a friendly, calm, and loving lapdog, but he was a bit bored and lethargic about being in a new home away from the other dogs he played with at the animal rescue.

A week later, we went to an adoption fair at Petsmart to look at a corgi mix (my wife always wanted a corgi). We passed on it because the ad lied about its age (I know that’s mean, but we wanted a dog closer to Leo’s age). It also seemed extremely rattled because it wouldn’t stop barking and crying.

The next pup we looked at was this Beagle/Jack Russell mix which they had listed as a pitbull chihuahua mix. She took a liking to me the moment she saw me and I felt some sort of familiarity about her. I can entertain the idea of her having some pit in her. She’s super-muscular for a 15 lb dog. 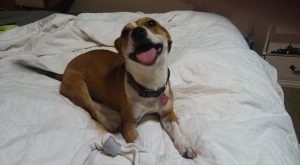 Lena on the day we took her home. So happy!

Anyway, she had the same demeanor as Leo in the visitation cell. We weren’t allowed to let the dogs meet-and-greet for safety reasons, so we had to take the chance and adopt her. We took them to the dog park and they seemed to get along. It was there we named her Lena after actress Lena Heady from “300” and “Game of Thrones

.” Yeah, we have sword-and-sandal theme with our pet names: Leonidas, Lena, and then Nero after Leo’s passing. 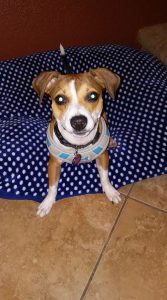 We then took her to the Petsmart on our side of town to get her some gear (harness, leash, collar, nametag. We were getting all sorts of compliments from customers on how cute she was. One comment really touched me. A little old lady recognized the disposable leash from the shelter and exclaimed, “Did you just adopt that puppy!?” Of course I answered in the affirmative. She got all giddy and told our new puppy she had a whole new world to explore with her being rescued.

Once she got home and the drugs from her spaying operation wore off, we found out she was anything but calm. For the first two years we had her, she was very mean to men (except me) and had a destructive chewing habit. The vet suspected she was abused by her previous owner from the scars on her face.

But I noticed something about her behavior.

When it was just us two, she acted so much like my childhood dog Belle, that I really felt like I had her back. When we played, she’d get hyper and want to run all over the house at full-speed, just like Belle did. When I’m laying down, she’d jump on the bed and try to lick my face nonstop, just like Belle did. It was wonderful having a dog so similar to the one I had in my childhood. This just had to be the feeling that inspired W. Bruce Cameron to write “A Dog’s Purpose.” 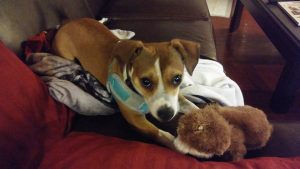 Maybe in the future, I’ll have a dog that behaves like my other two departed pups, Charisma and Leo. I’ll have to tell you about Charisma one day. She was also an amazing pup.

Memories
Previous Post
Let the Right One In Book Review
Next Post
Happy 5th Anniversary to my Wife!